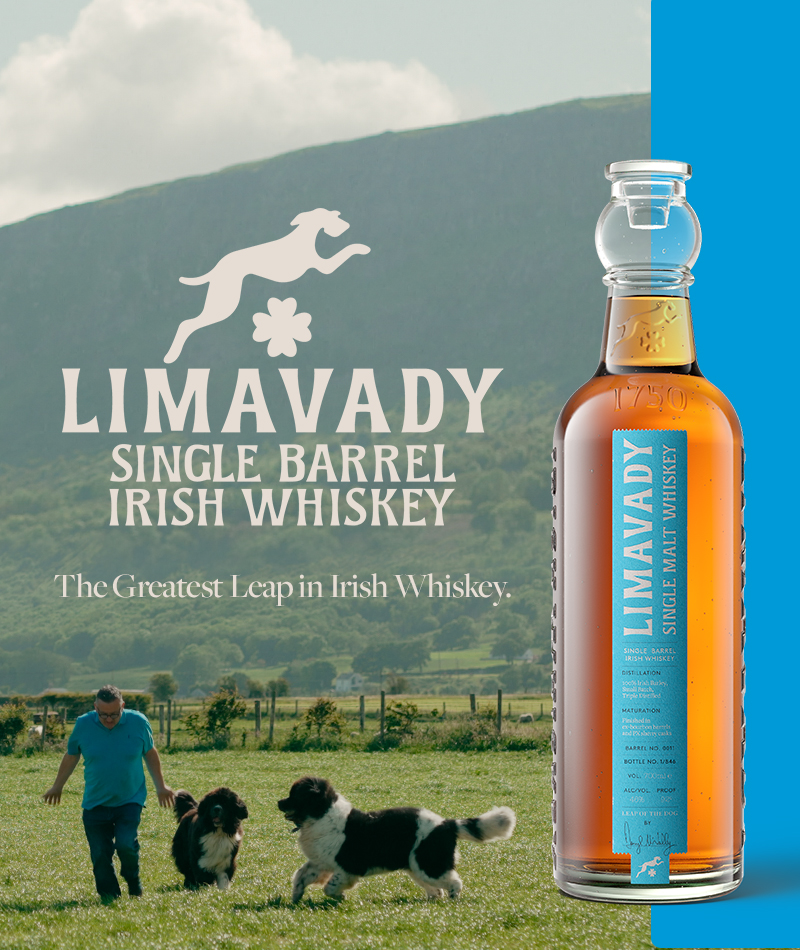 inspired by the Gaelic origins of Limavady - Leim an Mhadaidh, meaning “Leap of the Dog.” Darryl McNally,

Whiskey Master and descendant of the Limavady Distillery’s 18th century operators, is at the helm of the

brand, with his own underdog story to tell.

Limavady is made of 100% Irish barley and is small batch, triple

distilled in a copper pot still. The single malt whiskey is aged in ex-bourbon barrels and finished in PX

dried fruit and spice notes, adding richness to a toasted vanilla base, for a drinking experience that’s well-

Limavady Distillery will be offering samples of: