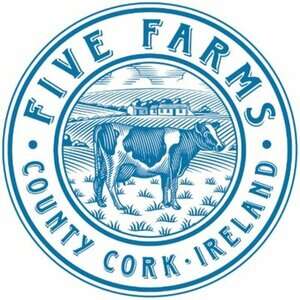 Five Farms is made with the richest dairy cream, smooth and sweet and luxurious. The mild climate and abundant rainfall in Co.Cork results in fertile farmland for dairy cattle to produce the highest quality milk. All the milk is collected in single batches which assures that Five Farms is fully traceable from farm to table.

Five Farms contains a greater amount of Irish Whiskey, 10% of the alcohol is Irish whiskey, than other brands on the market. The Irish whiskey content sets it apart in the category. The result is a superior Irish Cream Liqueur with the richness of Ireland itself.

Five Farms will be offering tastings of: